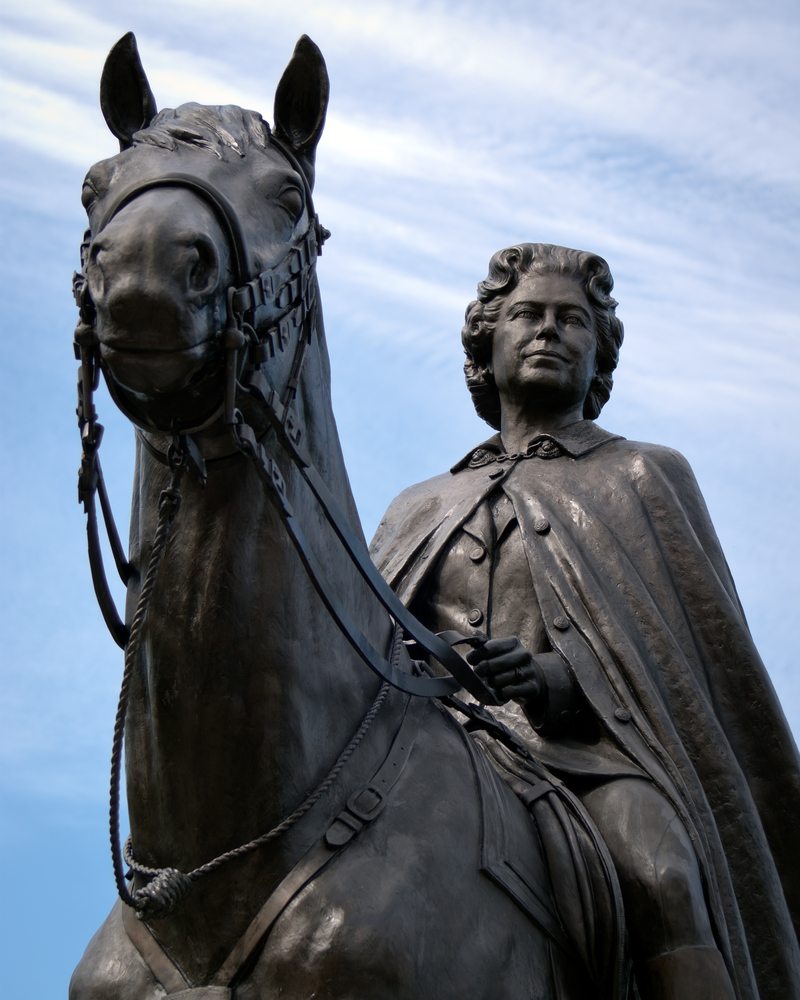 It’s the Queen’s birthday on Tuesday 21st April, didn’t you know? Her majesty will be turning 89 years old and since I have the deepest respect for the monarchy I thought I’d hop in my trusty Routemaster, the London Time Tour Bus, to revisit some of my favourite great British queens from the past. You’re coming along. Yes, you! Now remember passengers, road safety is no joke, so why would time travel safety be any different? Buckled up? Legs tucked in? Thermonuclear underwear secure? No? Oh… Well good luck! Hold on tight…

Phew, that was a bit bumpy. We’re now in the year 61 AD. That little cloud of dust you can see over there is a skirmish between some Romans and Queen Boudicca of the Iceni tribe; a motley bunch of British Celts who are a bit narked because the Roman Emperor wanted to ban them from carrying any weapons. Silly mistake really on the Emperor’s part. You’ll be able to see which one Boudicca is when we get a little closer as she’s quite distinctive. 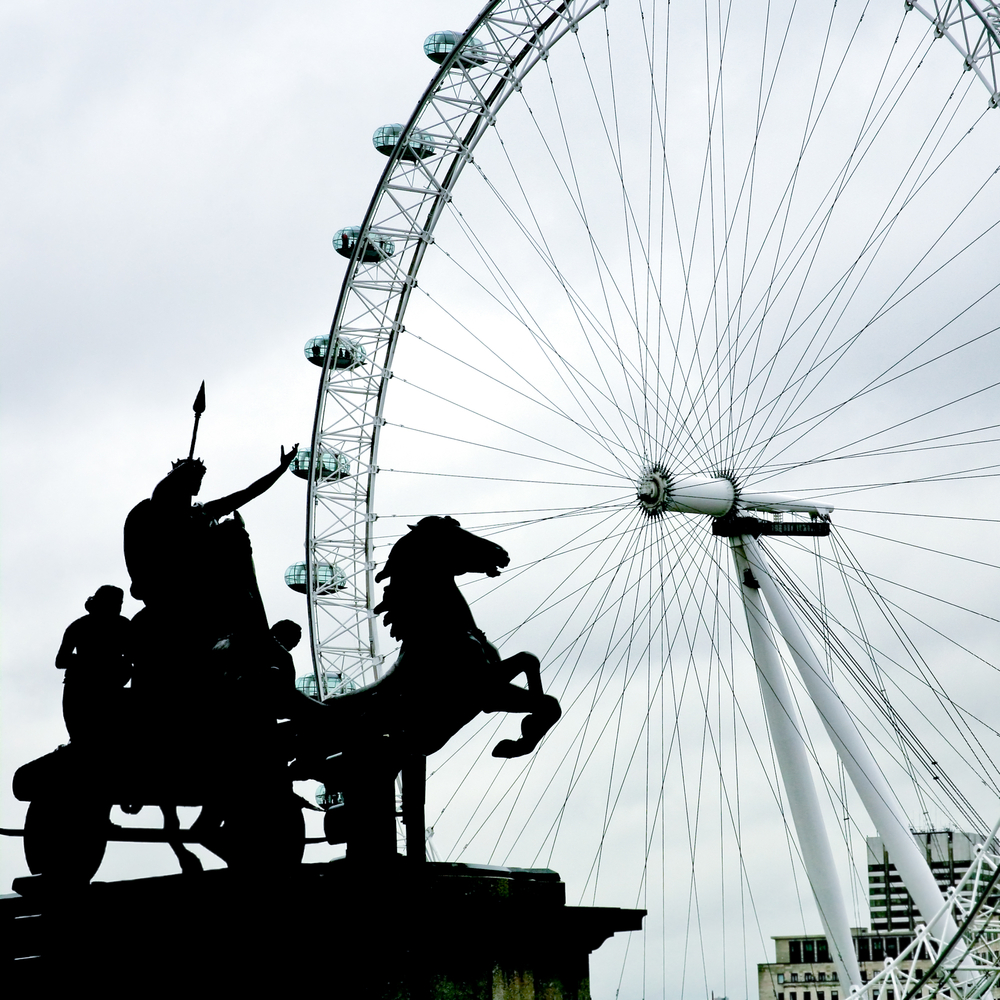 Ah, there she is. See her? She’s the one with fiery red hair hanging down to her waist, gold necklaces about her neck, and … umm …  a man’s head in her hands. Yes, without the body. She’s a fierce one, Boudicca is; there was actually a Roman contingency who wouldn’t move against her because they were too scared! In the end, she took poison to evade capture when her forces were finally overrun. She doesn’t know that yet though so don’t tell her unless you want to end up like headless Harry over there. On that note, she’s seen us – better scarper. Hold on tight!

That was a close one. Where are we now? Oh yes, that’s right. We’re in 1558 and another redhead, Elizabeth I, has just been crowned. Lizzie, uh, I mean her majesty is on the list because from 1558-1603 she reigned over a ‘golden age for art and science’, which is most certainly true; I made some of my greatest discoveries in the Elizabethan era, *sigh*. But alas, all that art and science couldn’t save her from herself… Do you see how pale she is? To keep her complexion that way, which was very fashionable at the time, she wore arsenic powder on her face, causing all of her hair and teeth to fall out! I tried to stop her but she insisted.

That didn’t prevent her from being a truly awesome monarch though – in 1558 she went on to utterly destroy the great Spanish Armada sent to turn England into a Roman Catholic nation and usurp her from the throne. Wait, what are you doing? Put down that wig… Oh, your majesty. We were just… admiring your dentures. Um… we’d better be going. Run!

I… I can’t believe you stole Queen Elizabeth’s wig. You’re… a genius! That thing must be worth a fortune! Keep it safe. OK, good. So, where are we now? I really should have planned this better. It smells to me like it’s the 1800s and yes, that stern-looking lady over there in black is Queen Victoria! No, don’t wave. This particular majesty was the longest reigning monarch ever and was seated upon the throne for sixty-three years, seven months and two days. I couldn’t stay seated for more than five minutes before getting up to check on one of my experiments. In fact Queen Elizabeth II will overtake her this year – on the 9th September 2015! 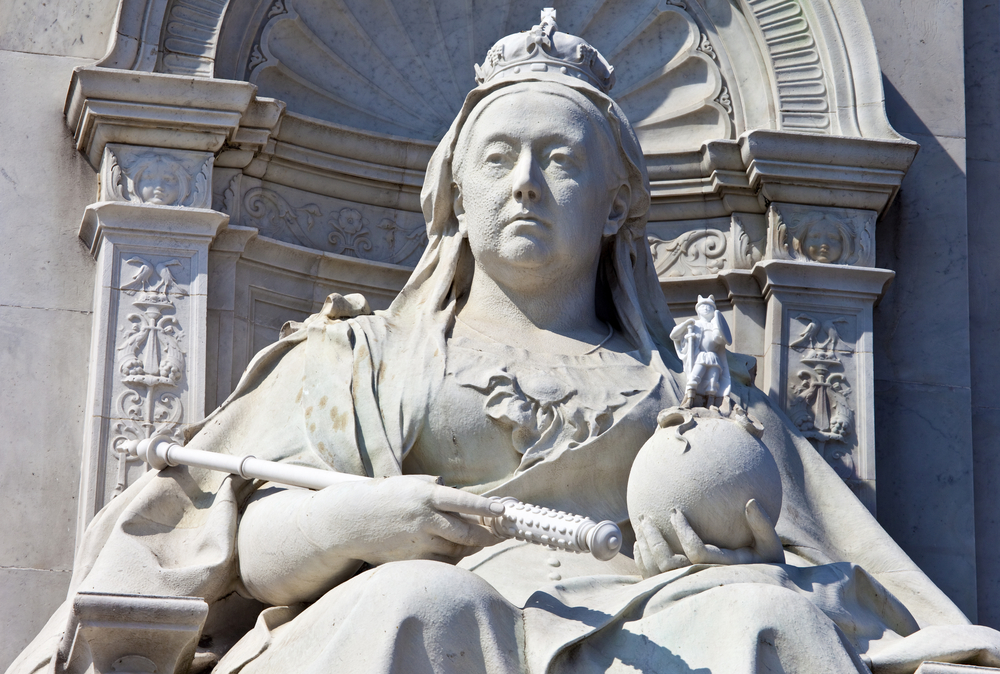 You’re probably familiar with a moody-looking Victoria from pictures but she was actually a very funny and witty lady who enjoyed painting and going to the opera a lot. There are rumours of Victoria using the phrase “We are not amused” but that’s actually incorrect as she was want to say “We are very much amused!” She said that to me once after I showed her my … oh, she’s noticed us. Hello, your majesty. What’s that? You’d like me to bring you back some Jaffa Cakes from the future again? Not a problem. Well, we’d best get going. (Quickly or she’ll natter our ears off…)

And we’re back! I’d show you some queens from the future but I’m not sure you’re ready to see things with that many heads. Any how, make sure you take a moment to mentally say ‘Happy Birthday Elizabeth!’ on Tuesday 21st of April; she is the second longest reigning monarch of England after all. Until September at least!

Right, I’m off to attend to some royal business. Perhaps you can help me… Are there any shops that sell Jaffa Cakes around here? There are? Alright, strap yourself in then. Yes, of course we’re going by bus! 3, 2, 1…