Summer Holidays In History: The Victorians And Bathing Machines

Ahoy there readers! Professor Quantum here, and a happy summer holidays to you!

It’s wonderful isn’t it? The sun, the sea, the sand… The striped curtains of an enclosed horse-drawn cart that ferries you down to the shore in your bathing suit to protect your modesty…

Confused? Fear not, dear readers, Quanto’ shall explain in due course.

This week, with the summer holidays in full-swing for kids across the nation, I thought I’d take a trip back in time to have a look at the inventors of the great British seaside holiday, the Victorians.

In truth, real British holidaying didn’t get going for a good portion of the Victorian era, particularly for children.

If there’s one thing the Victorians are famed for, it’s child labour. Poverty was widespread, and for a good portion of the era, most children didn’t go to school at all. Instead, kids had to work to help bring in wages for the family, often doing physically demanding jobs in factories or mines.

Famously, many children found work as chimney sweeps, where they were used to wriggle up chimneys that full grown adults couldn’t fit through. 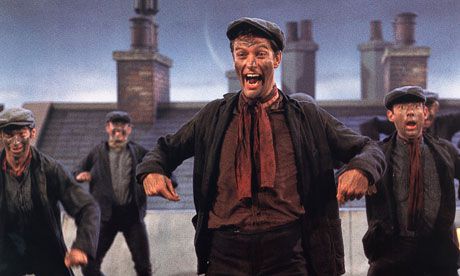 It wasn’t quite as fun as this.

It goes without saying that it’s unlikely that families that needed children to work this hard went on holiday. However, as the Victorian era went on, conditions began to improve for children.

By 1860, about half the children in London were in school, filling up their young brain-boxes with sweet, sweet knowledge instead of choking, nasty soot.

So things were looking up. As time went on, employee welfare was getting more and more attention, and there were steps taken by parliament to make life better for the everyday working people of Victorian Britain.

One such step was the Bank Holiday Act of 1871.

The act designated four new days which were to be treated as holidays in Britain. This came at a time where railway travel was quickly becoming more prevalent across the nation, following the railway boom of the 1840s. Suddenly, people had a little more free time, and were able to travel much further than they were before.

So of course, the Brits flocked to the seaside. 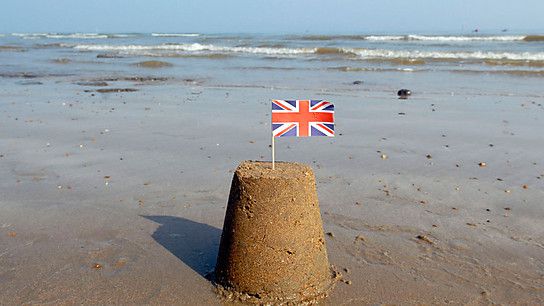 Though holidays were not unheard of among the upper classes already, this period marked the popular rise of the British seaside holiday. Seaside towns like Blackpool and Southend-on-Sea began to flourish, and holiday resorts and attractions sprang up all along the coast.

These resorts popularised many of the enduring British holiday traditions such as ice creams and donkey rides, though some grew to offer even more as holidays became more popular. Music halls, theatres, opera houses and even zoos could be found at some resorts; holidays were clearly becoming big business, and resorts were offering ordinary people glimpses of the spectacular.

“Tuck that shirt in young man, we are at the beach”

As impressive and flashy as these resorts may have been, however, these people were still Victorians. Apart from their willingness to put young children through 12-hour working days, Victorians are also known for their obsession with modesty and etiquette.

Proper dress was central to Victorian society, and that meant heavy, baggy clothing and not showing an inch of skin.

So how did they approach beach attire, and what did they do if they wanted to swim in the sea?

This, readers, finally brings us to the bathing machines.

Victorian swimming costumes were hardly skimpy by today’s standards, but it was still considered improper to be seen walking around in them, even on the beach.

To get people out of their street clothes, into their bathers and into the sea, the Victorians came up with this solution:

These ridiculous-looking horse drawn contraptions were called bathing machines. Swimmers would enter at one side of the beach in their street clothes and be pulled down to the sea shore. Whilst enjoying the privacy of the bathing machine, they would change into their bathing suit, ready to go straight into the water at the other end so that no-one would be able to see them improperly dressed.

This was just part of the experience for those crazy Victorians…

Anyway! I better sign this entry off now. I decided I’d give the whole bathing machine thing a try, so I flung myself back into the 1800s and headed straight for the seaside.

As I write this, I’m being dragged down the beach towards what I can only assume is the bitterly cold British sea.